BabelQuest commits to help make homelessness a thing of the past by supporting local charity Homeless Oxfordshire with ongoing marketing and fundraising activities.

Homeless Oxfordshire, whose vision is to make homelessness a thing of the past, fulfils a vital role across the county, providing accommodation for over 200 people a night and serving 75,000 meals a year for Oxfordshire’s homeless.

‘The number of rough sleepers in Oxford has increased by 175% since 2012.’ Homeless Oxfordshire

To help, Homeless Oxfordshire offers a range of housing options for men and women living on the streets while encouraging the county’s homeless people to take up a variety of training, education, and activities essential to promoting physical and mental wellbeing. Oxfordshire’s housing crisis, and the charity’s wider cause, struck a chord with the members of the BabelQuest team, many of whom recognise or have felt the impact of the county’s growing house prices in one way or another.

For many men and women living on Oxfordshire’s streets, the reality of becoming homeless is sudden and unavoidable. ‘My landlady wanted to sell the house’, revealed Penny, speaking with Homeless Oxfordshire. ‘She only gave me two weeks to leave and I couldn’t find anywhere suitable or that I could afford to rent privately – so I became homeless.’

Through the hard work and support of Homeless Oxfordshire, Penny’s story gets better, but the scale of the problem means there’s still lots of work to be done. In 2018, over 550 people turned to the charity for vital survival means.

The cause is also close to our company values, in particular our mission to help start meaningful conversations between organisations and their audiences.

‘There is a lot of stigma attached to being homeless and someone might feel they don’t want anyone to know’, says Penny, ‘but that’s the worst thing, because if nobody knows then nobody can help you.’

Everyone needs a home. We look forward to bringing open-mindedness, transparency and enthusiasm to the marketing and fundraising activities we carry out in support of Homeless Oxfordshire, helping to raise awareness of the charity, reduce the stigma associated with being homeless and encourage people living on the streets to find their voices and speak up.

Learn how to generate better quality leads which turn into revenue. 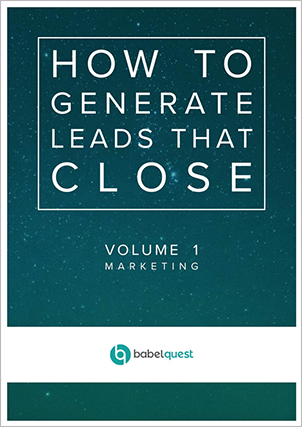 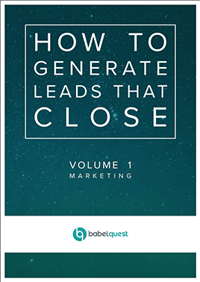 Ready to end your struggle for ROI from your marketing

It’s time to generate leads that will close

Principal Copywriter at BabelQuest. PhD Creative Writing from the University of Southampton. Novelist with Sparkling Books.

Don’t miss out, Be the first to know

Get notified about upcoming articles, resources and videos

BabelQuest is a HubSpot Service Provider and Diamond Hubspot Certified Partner, on a mission to help businesses grow. Based in the UK, serving businesses worldwide.